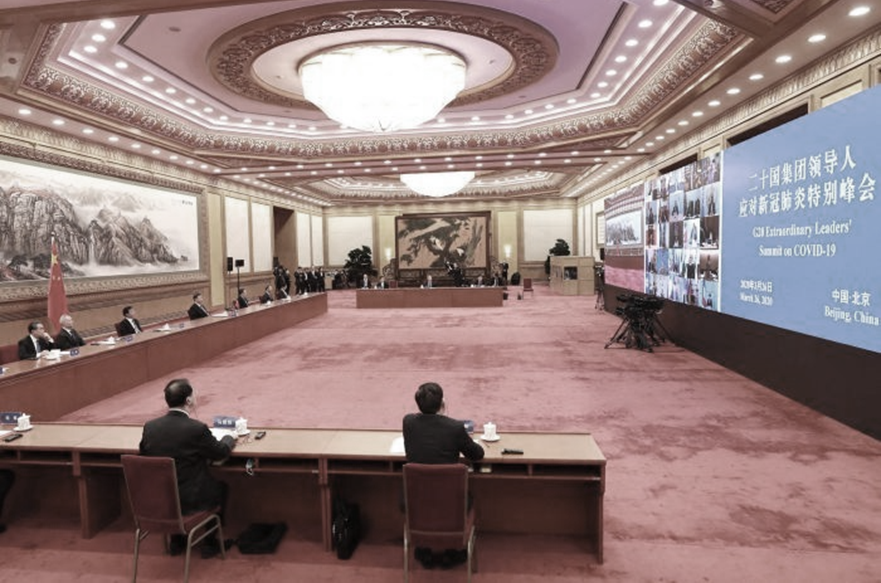 Prime Minister Scott Morrison has met with other G20 leaders in a special online summit to deal with the coronavirus pandemic.

Australia and other G20 nations have struck a deal to co-ordinate efforts to tackle the coronavirus pandemic, as they collectively pledged $A7.5 trillion to kickstart the global economy.

Prime Minister Scott Morrison joined US President Donald Trump and other members of the G20 through a video link-up overnight.

The virtual summit was called by Saudi Arabia, which is chairing the forum this year.

In a communique issued after the meeting, Mr Morrison and other leaders described the pandemic as “a powerful reminder of our interconnectedness and vulnerabilities”.

“This virus respects no borders,” they said. “Combating this pandemic calls for a transparent, robust, coordinated, large-scale and science-based global response in a spirit of solidarity.”

G20 finance, health and trade ministers are set to meet in coming weeks to develop specific action plans to deal with the economic and health impacts.

China agreed to increase its supply of pharmaceutical ingredients and other supplies to the international market, in a move that will ease shortages in many countries.

The meeting was not open to the media, but some leaders’ statements were issued after it.